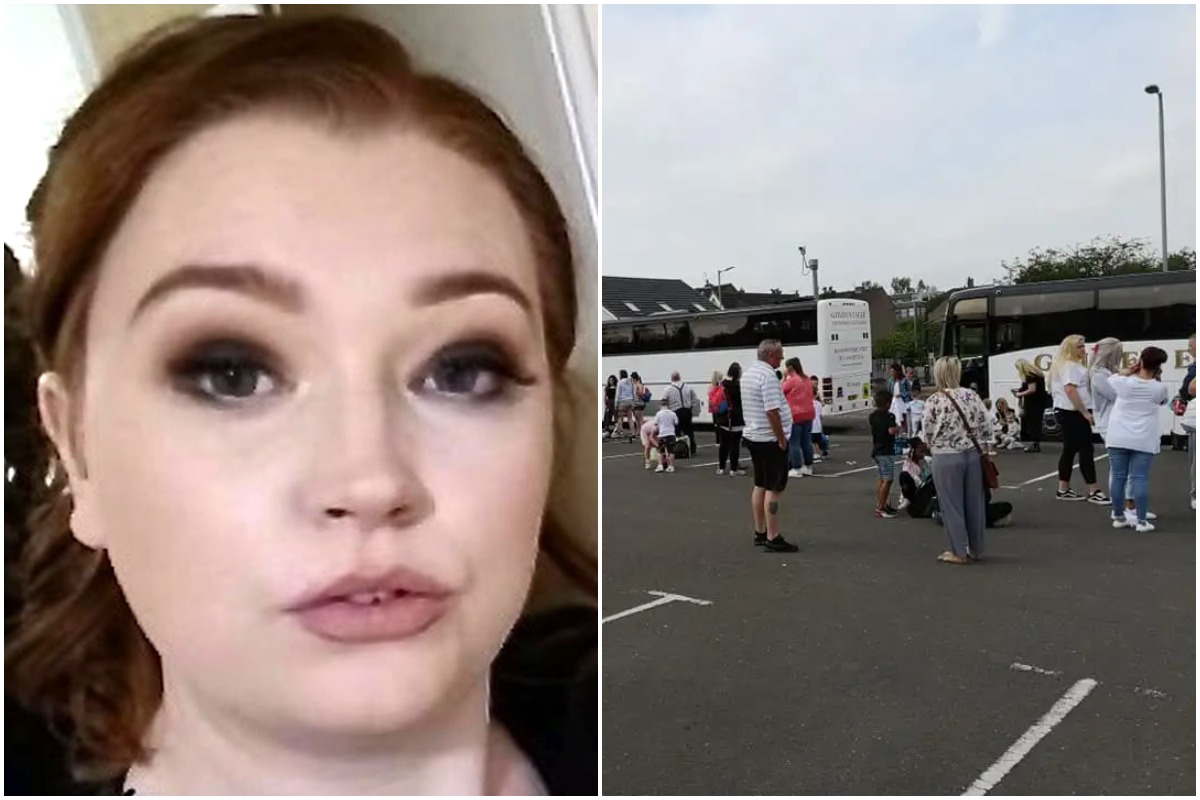 A HEARTLESS fraudster has admitted defrauding families of hundreds of pounds for a non-existent trip to Blair Drummond Safari Park.

Laura Watson, 29, was peddling tickets for a holiday club offering bus tours to the popular attraction near Stirling.

It charged £10 per adult and £5 for a child, but families were devastated when they turned up at a car park in Hamilton, Lanarkshire, to find they had been ripped off.

Watson booked two coaches but didn’t hand over a dime to the company, leaving many children distraught and their parents livid.

Around 140 people from 28 families have booked for the trip which was due to take place the day after schools closed for the summer holidays.

We have already told how defrauded families had to wait for hours in a parking lot on Beckford Street in Hamilton.

Furious parents complained on social media before Watson was found at her home where she burst into tears during her arrest.

Safari park bosses then offered free tickets to victims of the cruel scam.

Most read in The Scottish Sun

Watson, of Lanark, appeared in Hamilton Sheriff’s Court and admitted to obtaining £550 by fraud between April and June 2019.

She was originally charged with taking £774.50, but prosecutors accepted her guilty plea to the lower amount.

“This was arranged on Facebook through the Hamilton Holiday Club and the defendant was responsible for arranging this trip for which she was paid £550.

“THERE WAS A TOTAL OF 28 COMPLAINANTS”

“She had organized the two buses but had not paid the driver and the police were contacted and they then made efforts to find the accused.

“It was noted that there were a total of 28 complainants in this matter and none were able to complete their journey to the safari park.

“Police then found the defendant who was upset and crying before saying ‘I didn’t mean it’ before placing her head in her hands.”

Laura Kiernan, defending, said: “She intends to return the money.

“She is on benefits and could pay around £200 for the sum.

“Making a compensation order might be the best way to do that.”

After the fraud was discovered, dozens of victims took to social media to criticize Watson for his actions.

Liz Keenan, who booked the fake trip, said: “The children were disappointed. Some of them sat in the parking lot crying after being taken off the bus to go home.

“There were 19 of us going, but there were families of seven and other large groups.

“It’s horrible to think that something like this can happen to children. It’s the start of their summer vacation and they’ve been hit with it. It’s shameful.”

Another mum added: “Telling the kids they weren’t going on their trip was awful.

“We spent money on packed lunches and everyone was really looking forward to seeing the animals.”

She said: “I think given the nature of the case, postponing the reports would give the defendant an opportunity to consider how she would go about paying a compensation order, which would first and foremost be in the mind of the court.”