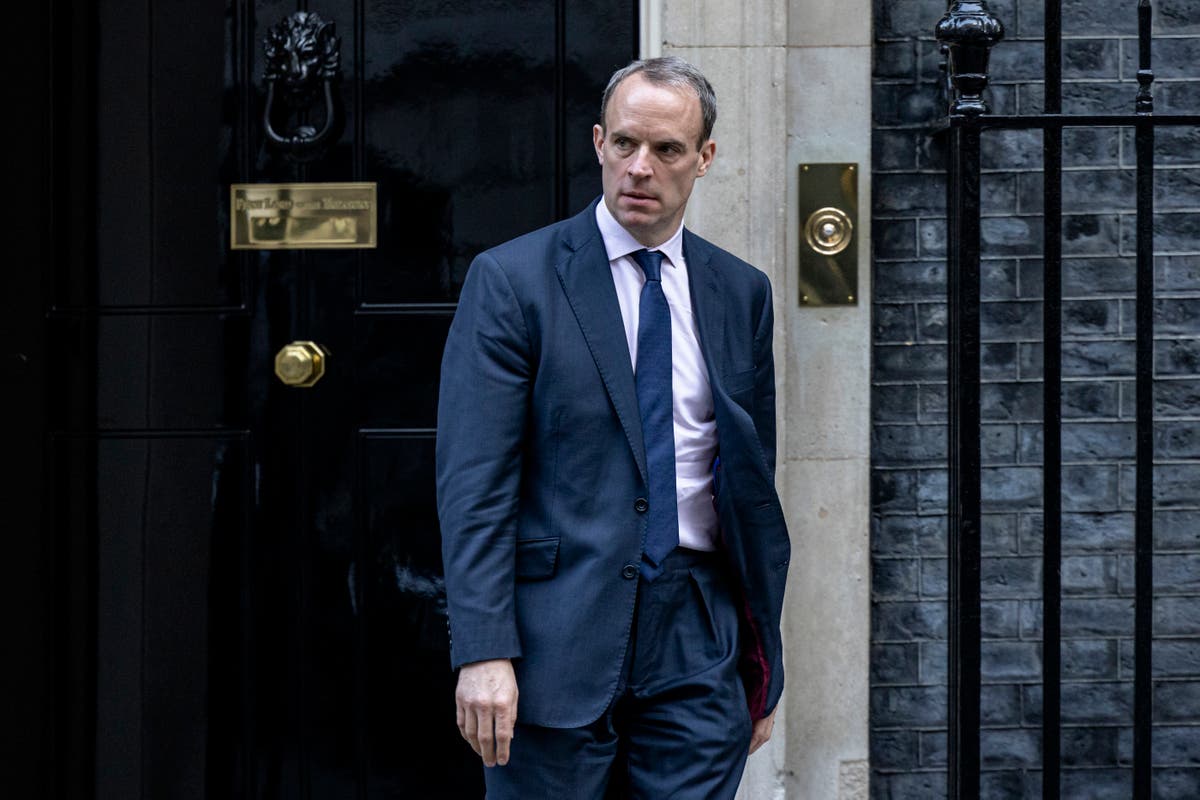 Speaking to the Andrew Marr Show this morning, the Deputy Prime Minister said that even if the reports were “anonymous and unfounded”, any official party held would be “clearly against guidelines” and “of course the wrong thing to do. “.

It comes as the prime minister this week will launch a 10-year plan to tackle illegal drug-related crime, which will include the removal of offenders’ passports and driver’s licenses, it has been reported.

The crackdown will also include football-style travel bans, tougher sentences for drug traffickers and measures to break down county gangs.

The sun reported that Boris Johnson will present ‘record’ funding for drug treatment and recovery services, with more money pledged for the 50 local authorities struggling with the worst drug problems, including Middlesbrough, Blackpool and Liverpool.

â€œWe have to look for new ways to penalize them. Things that are really going to interfere with their lives, â€Mr Johnson told the newspaper.

â€œSo we will consider withdrawing their passports and driver’s licenses.

“We are not keeping anything aside,” he added.

Deputy Prime Minister Dominic Raab has revealed that he has canceled the Justice Department’s Christmas party and will instead organize “suitable drinks on a smaller scale” due to the threat of the omicron variant of the coronavirus.

Mr Raab is the latest government minister to suggest party plans for the holiday season should be scaled back, after his cabinet colleague Therese Coffey said people should avoid kissing under mistletoe this year.

Our political editor, Andrew Woodcock has the full story below:

Boris Johnson faces a backbench revolt against the government’s rejection of calls for rape cases in the armed forces to be removed from the military court system, where defendants are five or six times less likely to ‘be found guilty.

Prominent Conservative MPs Johnny Mercer – a former military officer who was in charge of legislation on the matter before stepping down as defense minister earlier this year – and chairman of the Commons Defense Committee , Tobias Ellwood, are among those expected to break the party’s ranks in a close vote on Monday. .

Our political editor Andrew Woodcock has the full report below:

“If there was a party against the rules, it was not the right thing to do”, says Dominic Raab

Deputy Prime Minister Dominic Raab said any party thrown during the level three restrictions would be against the rules and “the wrong thing to do.”

Speaking on The Andrew Marr Show, Mr Raab was asked whether Downing Street hosted a Christmas party last year when the rest of London was under restrictions.

While posting reports on the Christmas party at The Daily Mirror, BBC and Financial Time, “Anonymous and unfounded,” he conceded that if a party were to take place, it would be against the rules. He insisted that all the rules were being followed and that he was unaware of a Christmas party that allegedly took place in Downing Street last year.

Mr. Raab said Sky News Trevor Phillips On Sunday program: â€œWe’re going to be releasing dashboards, both for general crime but also for rape, which means we can see exactly where the system is working and exactly where it is not, that it is at the police stage, the prosecution stage.

Mr Raab said he wanted to increase rape prosecutions. Among the measures being considered were methods of getting victims’ cell phones to be read faster so that they would not be deprived of their phones for an extended period of time, which he said deters some women from coming forward.

The justice secretary has also said he wants to expand the use of pre-recorded testimony in rape cases. â€œWe have tried this in a number of Crown courts. I actually think it’s something we need to roll out nationally. I want to see the right way to do it, â€he said.

“We must not close schools anymore”, says children’s commissioner

Children ‘s Commissioner Rachel de Souza said schools should no longer be closed over concerns the closures were hiding horrors of child abuse that the social service system was unable to detect.

“We must no longer close schools,” said Ms. de Souza.

Amid the spread of the omicron variant, Ms de Souza added that she would urge the prime minister not to close schools if infections rose to an unsafe level.

“The children have taken a huge blow for us, we must not close the schools anymore,” she added.

Ms de Souza called on the social service system to listen to the children, telling Andrew Marr that Arthur had raised concerns – along with his uncle and grandmother – but their voices had not been heard.

She added that social services need to look for where the best social care is provided and seek to replicate that.

Justice Secretary Dominic Raab said ministers were determined to see what lessons could be learned from the murder of six-year-old Arthur Labinjo-Hughes.

When asked if there would be an investigation, Mr Raab said Sky News: â€œThe Prime Minister has made it clear that we want to see how social services liaise with criminal justice agencies and what lessons we can learn from that. “

He added: “It’s right that we look at criminal justice and in between, I think the job of social workers – especially those caring for children at particular risk – we need to learn from.”

Our political editor Andrew Woodcock, has the full story below:

Senior Tories have demanded a radical overhaul of the asylum system to allow migrants to seek refuge at British embassies anywhere in the world – rather than having to travel to the UK – in a bid to reduce the number of attempts at dangerous Channel crossings.

Former cabinet members David Davis and Andrew Mitchell are among those calling for change, which poses a major challenge to the punitive approach taken by Boris Johnson and Priti Patel, who demand tighter controls on French beaches and threaten to “push back” small boats at sea.

Our political editor Andrew Woodcock and our home affairs and security correspondent Lizzie deardan have the full story below:

Confidence in politicians to act in the national interest has fallen dramatically since Boris Johnson became Prime Minister, new figures from the Institute of Public Policy Research (IPPR) have revealed.

Data from YouGov’s poll for the IPPR showed that 63% of the public believed politicians were “just for themselves” in the wake of the sleaze Owen Paterson scandal. This figure rose from 48% in 2014, when David Cameron was Prime Minister.

In the same poll, only 5 percent of voters believed politicians were primarily working for the good of their country.

The prime minister this week will launch a 10-year plan to tackle illegal drug-related crime, which will include the abolition of passports and driving licenses of offenders, it has been learned.

The crackdown will also include football-style travel bans, tougher penalties for drug traffickers and measures to break up County Lines gangs.

The sun reported that Boris Johnson will present ‘record’ funding for drug treatment and recovery services, with more money pledged for the 50 local authorities facing the worst drug problems, including Middlesbrough, Blackpool and Liverpool.

More details are in our story below: