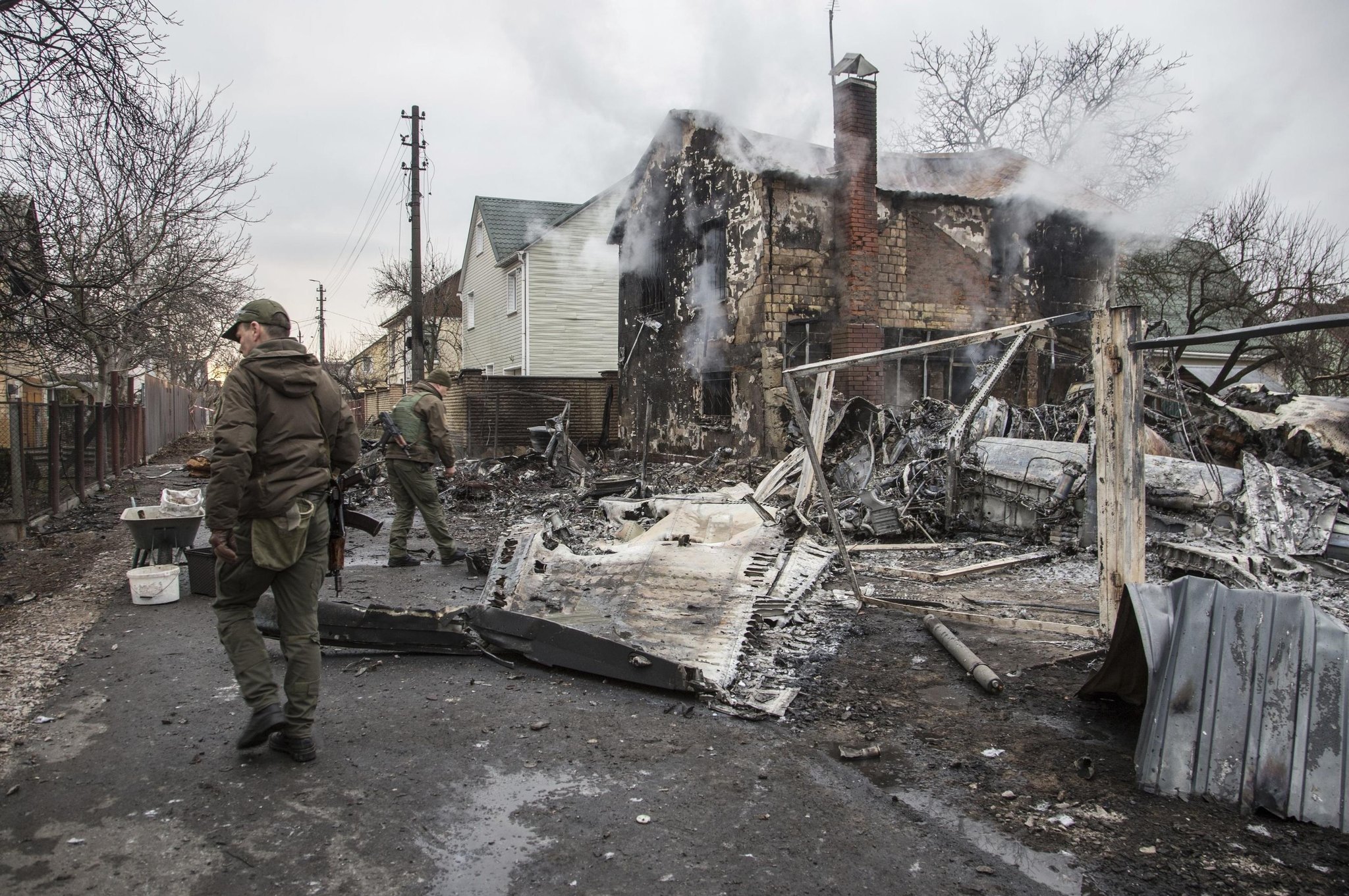 I AM a member of the Treasury Committee which explored economic crime and money laundering. A few weeks ago we released our latest report and we are awaiting the government’s response.

Register to our daily newsletter

The newsletter mute the noise

It was frustrating to hear testimony knowing that in 2019 our previous committee made detailed recommendations on how to deal with the money laundering, economic crime and fraud issues that were then becoming an issue, only for us to have seen the levels of all these crimes rise rapidly from 2019 and onwards in the pandemic, costing this country billions of pounds.

The war in Ukraine has sparked calls for more action to be taken against Russian money laundering in London.

Others pointed to how we allow London to be portrayed as a laundromat for dirty Russian money, which the Intelligence and Security Committee report on Russia told us it was. when it was published in 2020, after a significant delay due to the Prime Minister not allowing it to be published.

It is frustrating to be two years later than this report and to see no effective response to many of the things it said. If the minister had come to the dispatch box and said, as a result of this debate, “We’ve seen the report on Russia; we are a bit late but we will now implement its recommendations”, I would have been reassured.

I asked the Prime Minister if, given Putin’s actions in Ukraine, he would, but he did not answer in the affirmative. We are therefore in a situation where London can be described as a Russian dirty money laundry.

Dame Angela Eagle is a member of the Treasury Special Committee. She was born in Bridlington.

We all salute our city’s importance as a financial center, but it is now compromised by a disconcerting lack of urgency in the face of economic crime. Our security is threatened by international criminal gangs, kleptocrats and terrorist financing, but the government seems to have become obsessed with describing complex processes rather than acting to stop their result, which is rising levels of crime. economic and fraud, affecting many of our constituents. when they are scammed with hard earned money.

We urgently need greater transparency, stronger regulation and stronger enforcement. We need to introduce an open register of corporate beneficial owners. The Prime Minister repeats that this is what the government is doing, but there is no sign of it.

David Cameron promised one in 2015 to get him through a G20. Legislation exists in draft form but there is still no progress. The Prime Minister has reiterated that we are going to have an open corporate beneficial ownership register to push through the G7 in 2020, but there is still no sign of that.

Why? We have enough time. The Prime Minister has received offers from the opposition to facilitate the rapid adoption of a bill in order to register it in the compendium of laws, but the will does not seem to be there.

We need an economic crime bill. Lord Agnew, who was responsible for tackling Treasury fraud, resigned at the Dispatch Box in the House of Lords in frustration as he could not perceive any urgency or determination to tackle fraud in support schemes pandemic.

He was so appalled that he felt he had to quit to “break some dishes”, as he put it.

We need corporate liability law reform to combat money laundering and facilitate this type of crime in banks. We must deal with the urgent reform of Companies House. People can always start a business at Companies House, say the owner is Vladimir Putin or Mickey Mouse, and no one will tell them not to. They can then use it to defraud various people and launder their money. It’s a joke and there’s still no rush to deal with it.

We have to deal with the fragmentation of law enforcement if we want to fight economic crime. No part of the law seems to have any consistent responsibility for its application.

Why is the government dragging its feet? Why are they so ineffective? Why is there no outcome measurement? Why do we have this kind of benign neglect as the forces of darkness gather, as they focus on laundering their dirty money through the City of London? Our democracy is at stake and we expect this government to finally step up and do something about it.

Bridlington-born Dame Angela Eagle is a seasoned Labor MP. She is a member of the special treasury committee.

Support the Yorkshire Post and become a subscriber today. Your subscription will help us continue to bring quality news to the people of Yorkshire. In return, you’ll see fewer ads on the site, get free access to our app, receive exclusive member-only offers, and access to all premium content and columns. Click here to subscribe.

‘Too good to be true?’ Nationwide warns customers of a convincing scam | Personal finance | Finance