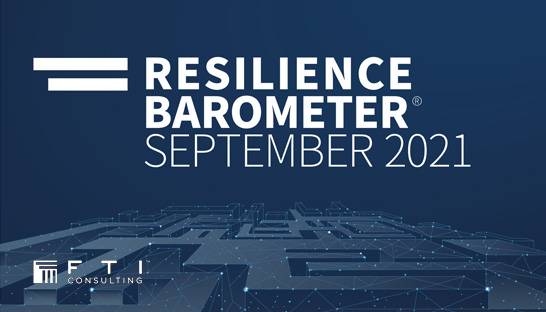 Businesses under increased surveillance due to pandemic

With the public scrutiny of businesses and governments during the pandemic, more than eight in ten businesses expect investigations into their operations in the coming year. Watchdog surveys should focus on key areas of doing business, sustainability and public procurement.

The societal inequalities exposed by Covid-19 create a ruthless market, with businesses under close scrutiny by governments and the public and little leeway to avoid disputes and investigations into business practices and behavior. For example, in August 2020 the UK government had already come under fire for spending on private consultants, after it emerged the industry had been awarded contracts worth Â£ 56million to help with the response. national coronavirus. While that number – and the criticisms attached to it – has continued to snowball since, new controversies surrounding these initial awards are still emerging a year later.

At the same time, public awareness of the ongoing climate catastrophe – and the role of common business practices that exacerbated it – has intensified scrutiny of sustainability practices across industries. As the pressure builds, the investor sentiment indicator suggests that many companies are going to experience financial difficulties as a result of public scrutiny – and 80% of investment managers now believe that companies without. supply chain sustainability risk plummet in their stock price.

As suspicion of corporate and government practices continues to grow, a new study from FTI Consulting has found that a large majority of companies now expect to be the subject of a public inquiry within 12 next months. The survey of more than 2,800 leaders of large public and private companies in the G-20 countries found that 83% of these organizations were or should be surveyed during this period.

According to FTI, the top three concerns of the survey were: doing business and dealing with customers; sustainability and ESG practices; and the relationship with public bodies and public procurement. One third of respondents cited each of these areas as a major concern.

In response to these fears, companies are seeking to proactively protect themselves against future scrutiny. The report found that 41% of companies thought they were under “extreme” pressure to integrate technology, 37% were pressured to strengthen their reputation, 34% felt they were waiting to improve sustainability practices and 29% were looking to improve the corporate culture over the next 12 years. month.

Caroline Das-Monfrais, Senior Managing Director and Head of Global Resilience at FTI Consulting, said: â€œCovid-19 has exposed and exacerbated economic and social loopholes – employee well-being, talent shortages, dealing with customers, financial crime and cybersecurity have all increased. on the corporate agenda, and companies respond to protect value and build resilience as they envision future growth.

By addressing these concerns, businesses are positioning themselves not only to avoid investigations, however. They may also be better able to manage a number of emerging crises resulting from the coronavirus outbreak.

For example, growing cybersecurity threats could be addressed through better technology integration, as 78% of companies surveyed have experienced a cyberattack in the past 12 months. Meanwhile, by improving their treatment of customers and improving their reputation, the 13% of businesses that have been the subject of class actions and mass complaints in the past year could improve their ability to attract and retain customers. consumers. And the 30% of companies who now complain about a talent and skills shortage, or the 68% who see an increase in mental health issues in their workforce, could attract and retain staff. more productive if they improve their corporate culture.