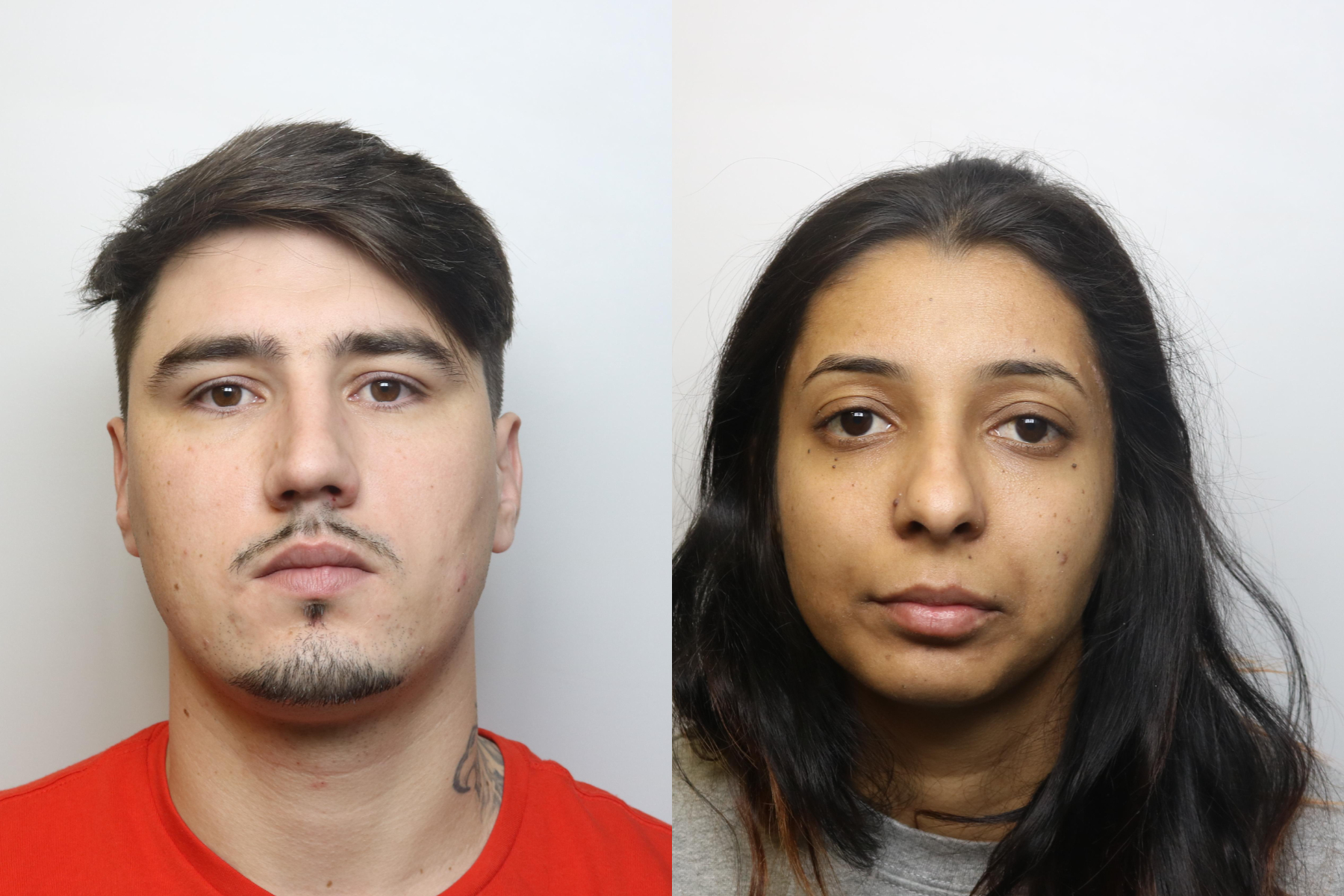 Couple who made £ 70,000 from traffickers of sex workers across UK jailed at Salisbury Crown Court

A couple who made around £ 70,000 from traffickers of sex workers across the UK have been jailed.

The conviction of Cristian Simion and Mihaela Borcos under the Modern Slavery Act was the first such case for Wiltshire Police.

The couple had already been tried in July and yesterday (September 29) appeared in Salisbury Crown Court for sentencing.

Simion, 29, now living in Grays, Essex, who was convicted of one count of human trafficking and two counts of money laundering, was jailed for two years and five months.

Borcos, 25, also living in Grays, Essex, who was convicted of one count of human trafficking and one count of money laundering, was jailed for two years and two months.

Agents in Wiltshire were first alerted in May 2017, after North Wales Police visited a hotel in Wrexham and spoke to a sex worker who revealed she was being held work by an organized criminal group in Swindon.

Intelligence investigations quickly led to an address in Grantham Close, Freshbrook and the suspicious activities of Romanian nationals Simion and Borcos.

A complex three-and-a-half-year police investigation ensued, which included searching for financial records, liaising with other police forces across the country, examining seized digital devices and computers. at their address during a warrant and taking statements from potential witnesses.

Their work revealed that Simion and Borcos were running a highly organized operation using vulnerable women, usually women from Romania who did not speak English and had no way of getting legal work in the UK.

They upload women’s profiles to adult websites and then move them across the country to engage in sex work.

The couple, who were in a relationship, then took a significant portion of the money these women were making.

In September of last year, the team finally had the evidence they needed and the duo were charged.

Detective Constable Nick Bishop of Wiltshire Police said: “We conducted a long and complex investigation, using various tactics to gather the evidence we needed to prove that Simion and Borcos were trafficking vulnerable women and took advantage of their misery.

“They exploited these women, many of whom spoke no English and were unable to find legal work in this country, with little or no consideration for their well-being or well-being.

This case shows that human trafficking and modern slavery are very real crimes, with real victims, and we will work hard to ensure those responsible are brought to justice.

“This case shows that human trafficking and modern slavery are very real crimes, with very real victims, and we will work hard to ensure those responsible are brought to justice.”

Chief Detective Inspector Phil Walker, who heads Wiltshire Police work on combating human trafficking and modern slavery, said: ‘These types of offenses are very often hidden crimes, but we are working hard to raise awareness about them and the damage done to those who are exploited. “

“Our goal is not only to identify and convict offenders, but also to protect victims – such as vulnerable women in this case – so that they have the support they need to cope with what is at hand. come.”

“But, this is not something the police can do on their own. We need our communities to be our eyes and ears, reporting suspicious activity or circumstances to us so that we can investigate.”

If you believe that someone you know is being exploited, or if you have any concerns about a business or individual that you believe may be involved in modern slavery or trafficking, please let us know. report.