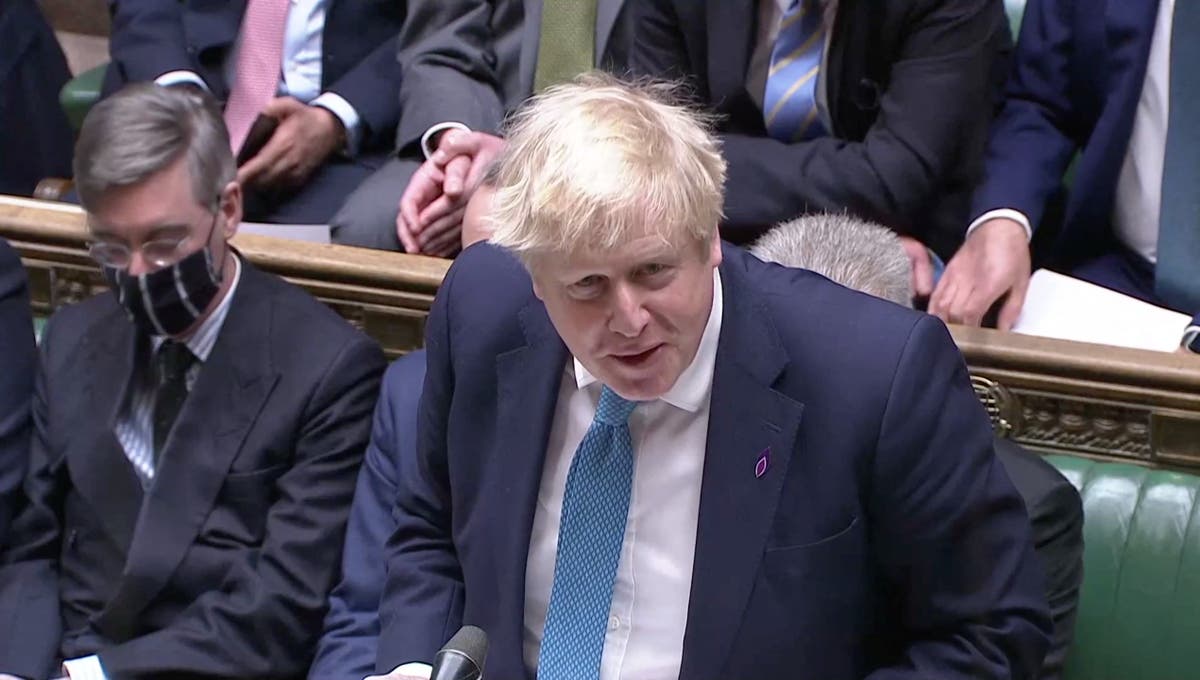 Dirty Russian money in London – and ‘close ties’ to the Conservative Party – will hamper UK promises to get tough with Moscow if it invades Ukraine, US experts warn.

Boris Johnson claimed he was ‘bringing the West together’ to deter Russian aggression, telling Labor to focus on the crisis and not the ‘partygate’ scandal which threatened to topple him.

But a report from a think tank close to Joe Biden’s administration has warned that the US will have to take the lead in tackling “Russian kleptocrats” – because the UK cannot.

“The UK, in particular, has become a major hub for Russian oligarchs and their wealth, with London earning the nickname ‘Londongrad’,” he says.

“Uprooting the Kremlin-linked oligarchs will be a challenge given the close ties between Russian money and the UK’s ruling Conservative Party, the press and its real estate and financial industry.”

Accordingly, it will be up to the United States to “propose the creation of the task force in part to urge the UK government to stronger action,” says the Center for American Progress.

The warning comes as a minister declined to say whether long-promised ‘McMafia’ legislation to target the unexplained wealth of kleptocrats has been scrapped.

Lord Agnew, the trade minister who resigned over the government’s failure to tackle fraud, said he had been sidelined – but the Prime Minister told MPs he would before.

Mr Johnson has put himself at the forefront of pressure to deter an invasion of Ukraine, revealing that British troops will be sent to help protect eastern European countries if needed.

To the Prime Minister’s Questions, he accused Keir Starmer of being “in the dark that we have a crisis on the borders of Ukraine” – while the Labor leader did not mention it.

“I can tell him what is happening in the cabinet room of this country is that the British government is bringing the West together so that we have the toughest possible sanctions package to deter President Putin from what I believed to be a reckless and catastrophic invasion.

“That’s what this government is doing, we’re getting down to business and I think they need to raise their game.”

But his government has failed to implement the vast majority of recommendations from the 2020 “Russia Report”, by the parliament’s Intelligence Committee.

Instead, No 10 dismissed warnings about dirty Russian money and power infiltrating the ‘London laundromat’ of illicit finance and the House of Lords.

An economic crime bill has been promised to overhaul the weak oversight of the UK’s business register, Companies House, and establish a public register of beneficial ownership of property.

The aim would be to reveal the super rich people behind the offshore companies used to hold homes and land in the UK.

Wisconsin did not vote to recall Biden’s electoral votes