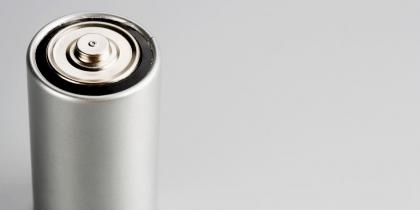 The Federal Trade Commission (FTC) recently cracked down on Lithionics Battery, LLC and Lions Not Sheep Products, LLC, for violating the FTC’s Made in USA labeling rule. These are some of the first enforcement actions after the FTC codified its longstanding informal Made in USA guidelines, making it easier for the FTC to seek damages and impose fines. Under the proposed settlement, Lithionics will pay a $100,000 fine for mislabeling batteries as made in the United States, while Lions Not Sheep will have to pay $211,335 for mislabeling clothing as made in the United States. in the USA.

The Made in USA Labeling Rule

Under the Made in USA labeling rule, merchants suspected of making unqualified Made in USA claims must prove that their products:

Although Congress enacted legislation authorizing the FTC to seek redress for Made in USA fraud nearly thirty years ago, the FTC has long remained silent on enforcement due to a general consensus that this specific type of fraud should not be penalized. The 2021 Made in USA Labeling Rule changes this perspective by codifying FTC enforcement policy. With the Commission now empowered to levy fines, seek damages, penalties, and/or remedies against merchants who misrepresent and fraudulently claim their products are made in the United States, the FTC has stepped up its efforts to ‘application.

Recent FTC Allegations with Lithionics and Lions Not Sheep

Lithionics is a Florida-based company best known for its battery products. The company has become a regular brand in American homes. It designs and markets products for vehicles, as well as amusement parks.

The FTC alleged that Lithionics violated the Made in USA labeling rule since at least 2018 by intentionally misrepresenting the origin of Lithionics products. According to the complaint, Lithionics’ products are labeled “proudly designed and manufactured in the United States” and feature an American flag. The claims were also featured on company websites, social media platforms, videos and print catalogs. However, according to the FTC, “all Lithionics battery and battery module products contain imported lithium-ion cells” and “other significant imported components”, which, if true, would make the claims Made in USA of false or unsubstantiated Lithionics under Made in USA. Labeling rule.

Under the proposed order, Lithionics and its owner must stop making these statements unless they can prove their statements to be true. As noted above, the company must also pay $100,000 for the alleged activity.

Lions Not Sheep is a self-proclaimed lifestyle brand that sells sweatshirts, hats and shirts online.

In its allegations against Lions Not Sheep, the FTC alleged that the company violated the Made in USA labeling rule since May 2021. According to the complaint, the company intentionally removed labels revealing the items were made in A strange country. Instead of leaving the original labels, the FTC alleged that the company replaced them with Made in USA labels despite the fact that the products were “entirely imported with limited finishing work done in the United States.” To make matters worse, the FTC found a video posted on the internet showing the company owner blatantly claiming he could hide the fact that his shirts were made in China.

In addition to accusing the company of violating the Made in the USA labeling rule, the FTC accused the company of violating mandatory country of origin labeling rules, which require all Products covered by the Textile Act include labels disclosing the name of the manufacturer or distributor. and the country where the product was manufactured. The company will be barred from making these claims and will be forced to pay $211,335.

With the FTC now levying significant fines under the new Made in USA rule, the potential cost of non-compliance has also increased significantly. Companies should inform their marketing teams and carefully review all existing claims to ensure that Made in USA claims are sufficiently substantiated and that marketing materials do not convey unintended implied claims.