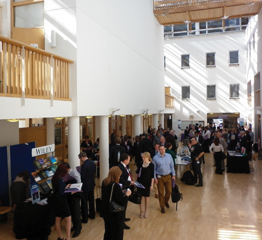 
Yesterday saw an informed debate about the best way for police to investigate fraud, as Professional Security has never heard. It closed the 2021 Annual Fraud and Forensic Accounting Conference at the University of Portsmouth’s Center for Fraud Studies, and that was thanks to covid, writes Mark Rowe.

This was thanks to covid as it was the first online fraud conference in Portsmouth, after the 2020 one was canceled due to the pandemic. Before covid, the midsummer conference was a rarity in private security in the UK – an event where practitioners, usually students taking anti-fraud courses, and academics, and practitioners turned academics , even, like the irrepressible “fraudster” Dr Peter Tickner, could come together, hear and give the latest research, with an international flavor, and showing the variety of frauds: to mention some of the topics of 2021, corruption in construction in the UK, intellectual property crimes, dating fraud, cyber, and insurance fraud.

What the pre-2021 events demanded of you was to be in Portsmouth that day; which, more often than not, in the 2010s, professional security could not do (photo, event 2013). From the backgrounds of those who commented on assistance (including work security) during this debate that closed the seven-hour event (with many pauses), it was evident that many fraud investigators , the police and others (such as the NHS) were present. online who probably couldn’t have pre-covid in person.

It’s something to dwell on not only because it’s a rare benefit of the pandemic, and something to hold onto; but the much larger number of participants online compared to those who paid to attend a physical Portsmouth event made it a more intellectually useful event.

Come to think of it, it was also an advertisement for Portsmouth as a place to study (the weather was nice, the academics there said, not just the backdrop of their screens) and for its anti-fraud and criminology courses. in particular – with a few choices, by the sound of it – with certificates in intellectual property crime and bribery and corruption prevention, and an MSc in economic crime and an MSc in forensic accounting, by through Portsmouth Business School – in itself an interesting place for the course.

To return to this debate, chaired by Professor Mark Button, organizer of the event and director of the Center, the regionalization or nationalization of investigations into police fraud was presented by Michael Skidmore, researcher at the Police Foundation ; and against by Dr Peter Tickner, the retired fraudster and former Met Police auditor, a man who you think couldn’t walk through a forest without shaking a log to see what beetles might come out. He is also pleasant to talk to; he described the National Police Action Fraud hotline, “as everyone inside knows” as “unnecessary.” Others in the audience supported it; and as Professional Security has said before, if there’s anyone who has something good to say about Action Fraud (even the people who set it up), we’ve never heard it.

But as Professional Security said in the magazine’s July print edition, there soon comes a time when if something fails, you have to try and do something about it. And Peter Tickner summing up argued that a lot of frauds do not need to be investigated by the police in the first place; because police going through criminal courts need a higher standard of proof than if you are seeking asset recovery in civil courts – which, to leave Peter for a second, may be what victims want more than imprisoning an offender.

And Michael Skidmore, in summary, made the most important point of the day – to paraphrase, there is so much fraud (“volume crime”) that at the grassroots more police need to investigate, where and how. they are based; although, as audience members indicated earlier, police do not understand fraud and do not like going about business; and fraud will always be a lower priority than other crimes.

Michael Skidmore said “we don’t want half measures”: “What we really need is more capacity, to deal with a crime which is clearly on the increase.” And, as audience members had previously argued, he said we need to bring in more specialist organizations (fraud investigators) – which, he added, is much more. easy at regional police level, relying on ROCUs (regional organized crime units).

Ironically, a half measure is what may work best for the Portsmouth conference from 2022, as Professor Mark Button suggested in his brief summary. He said he enjoyed the (online day), but liked seeing people more.

The future it seems, at least in terms of conferencing, is hybrid.

In 2018, the Police Foundation published a two-year research project that examined the police response to victims of fraud with Perpetuity Research. For the report, More Than Just an Issue: Improving Police Response to Fraud Victims, visit https://www.police-foundation.org.uk/publication/more-than-just-a-number-improving -the- police-response-to-victims-of-fraud /. For Portsmouth Center reports, visit https://www.port.ac.uk/research/research-centres-and-groups/centre-for-counter-fraud-studies.