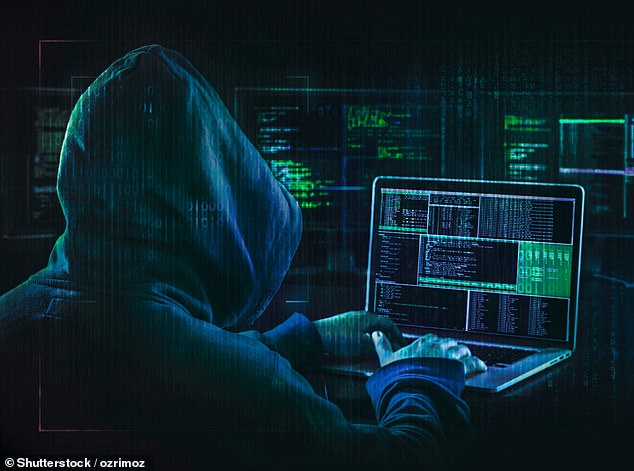 By Alex Brummer for the Daily Mail

A task force to tackle an explosion in financial and banking crimes destroying the lives of Britons is being prepared by the government.

More than Â£ 745million was stolen from customers’ bank accounts in the first half of this year – and authorized push payment fraud, in which crooks persuade consumers to transfer funds from their accounts, has increased by 70%.

Mail’s Stop the Bank Scammers campaign calls for action against fraud, which has become the fastest growing crime in the UK, as gangs use social media, mobile networks and landlines to defraud consumers who are unlikely to get their money back.

Destroying lives: More than Â£ 745million was stolen from clients’ bank accounts in the first half of this year

Joe Garner – who is expected to step down as chief executive of Nationwide Building Society next year – has been invited to lead the task force by Treasury. It is understood that he wishes other government departments to participate.

Criminals have become adept at breaching bank defenses to empty accounts – in part thanks to the failure of telecommunications companies and Silicon Valley giants to gather information on fraudsters and erect barriers.

These companies are mainly controlled by the Digital, Culture, Media and Sports Department.

Banks and other financial groups are under pressure to strengthen their defenses and pay compensation. Most have been reluctant to pay customers, except where it can be shown that they have been negligent with their checks.

The banking community has grown frustrated at being asked to bear the cost of fraud when it has built detailed security controls into its systems to protect online account users from scammers.

A senior banker described the payment of compensation as a system “which rewards criminal activity” and “enriches the perpetrators”. Millions of pounds of stolen funds are turned into cryptocurrency after entering fictitious bank accounts created by thieves, making the money nearly impossible to recover.

UK Finance, which represents the banking industry, warned in a recent report: “These scammers are not the brazen lucky ones, they are ruthless, organized criminals using sophisticated techniques to trick people into snatching personal information from them or financial. ”

Ministers have come under pressure to create powers in the online security bill to deal with scammers.

MP Mel Stride, Chairman of the Commons Treasury Committee, said: “It is clear that further action is needed.

â€œWe have heard heartbreaking stories from people who have fallen victim to con artists. We also called on online platforms to stop taking promotional books from scammers and better protect their users urgently.

Some links in this article may be affiliate links. If you click on it, we may earn a small commission. This helps us fund This Is Money and keep it free to use. We do not write articles to promote products. We do not allow any commercial relationship to affect our editorial independence.