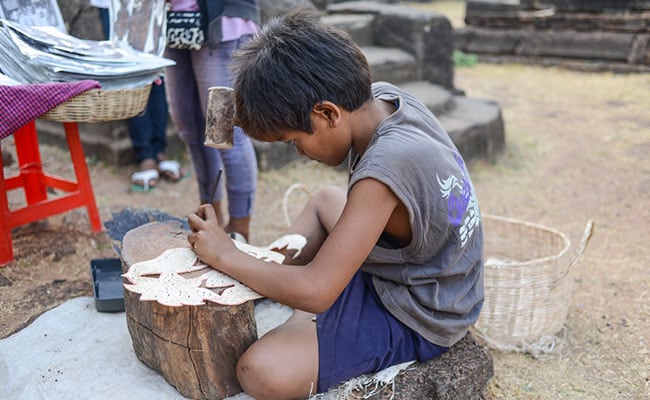 How long can we let our children down?

In 2015, the Sustainable Development Goals (SDGs) were adopted by world leaders with a firm commitment to end all forms of child labor by 2025. As we mark the World Day Against child labour, we realize how far we are from achieving our goals. objective. The clock is turning.

In June last year, the International Labor Organization (ILO) and UNICEF sounded the alarm. They announced the first shocking increase in the number of working children around the world in two decades. This happened during the four years of adoption of the United Nations Sustainable Development Goals between 2016 and 2019.

The global estimates published by the ILO and UNICEF are staggering to say the least. At the start of 2020, 160 million children – including 63 million girls and 97 million boys – were engaged in child labour. This corresponds to approximately 1 in 10 children.

Of these, while nearly 79 million children were engaged in hazardous work, the number of children engaged in child labor in sub-Saharan Africa alone soared to 86 million. And all of this happened even as the world grew $10 trillion richer before the pandemic even started.

All of this has had a devastating impact on the health, well-being, safety and holistic development of these children. We let them down and how.

Covid-19 has only made the situation worse. Growing economic shocks, declining family incomes and prolonged school closures have put the lives of nearly 9 million more children worldwide at risk of being pushed into child labor by the end of this year .

The fact is, whether in Ghana or Guatemala, in Dhaka or Delhi, children continue to bear the brunt. In India alone, according to the 2011 census, the total number of working children stood at 10.13 million. However, the crackdown on child labor leaves much to be desired. According to the latest Crime in India 2020 report released by the National Crime Records Bureau (NCRB), only 705 child laborers were rescued through the 476 FIRs registered under the Child Labor (Prohibition and Regulation) Act.

While the statistics hold up a mirror, the truth is that – despite millions of dollars of investment, countless policies and programmatic interventions – child labor has increased, making the 2025 target even more elusive, amplifying thus the gap between planning and benefit transfer.

Africa, for example, is home to more than half of the child labor in the world, more than the total number of children in the United States and Europe. It is because of the systemic inequalities in our global order, the brunt of which is borne by the children of Africa, and is a manifestation of our discriminatory mindset. This means depriving African children of their fair share in the world’s policies and financial resources, inadequate representation of global representation of the South in international institutions, and the deprioritization of the issue of child labor in our social and political narratives.

We cannot pretend to defend the SDGs when in its first four years we have reversed the progress made over the decades. Our words and our promises are meaningless and have no meaning for a child who is suffering. If we fail our children, we have failed as a generation.

Is it so hard to understand what 17-year-old Tara Banjara reiterated at the 5th World Conference on the Elimination of Child Labor held in Durban last month? Sharing the stage with ILO Director-General Guy Ryder, she recounted how she was rescued from child labor and pursued her dreams. Determined to become a police officer, Tara underscored how much we need to change our mindset on the assumption that the only place for children from disadvantaged communities is the quagmire of child labor instead of schools.

A promising lawyer, Amar Lal, who was rescued from a brick oven by Bachpan Bachao Andolan, spoke of yet another dimension in Durban. Just a fraction of the money spent on buying weapons and building military infrastructure could go a long way in tackling the scourge of child labor, he said.

Child rights advocate and Nobel Peace Prize laureate Kailash Satyarthi sees social protection as one of the most powerful tools in the fight against child labour. Demanding a fair share for children in our policies and resource allocation, he urged world leaders at the Durban conference to work towards direct social protection for children, which will not only ensure access and continuity of education, but will also protect children against multiple risks. and unpredictability, which can send them back to exploitation in an instant.

In Western countries, where the majority of spending is on social security, child labor has virtually disappeared. Even in the developing world, we have evidence in Brazil, targeting areas where child labor was high – Conditional cash transfers to households in the poorest quintile, with reductions in child labor and increased school attendance all over Brazil.

The Mid Day Meal program in India has resulted in over 95% enrollment, as well as a significant impact in reducing stunting.

It can’t be business as usual. We know the problem. We know the solutions. What we need is courage, compassion and the collective will to make better decisions and to hold ourselves and each other accountable.

Unless children are integrated into our policies and budgets, the scourge of child labor cannot be eliminated in isolation. No development program is feasible if millions of children are trapped in factories, farms or mines.

This is the only way to end child labour. No economic growth will be sustainable if a million and more of our current and future generation are in slavery.

Can we continue to disappoint our children?

Disclaimer: These are the personal opinions of the author.