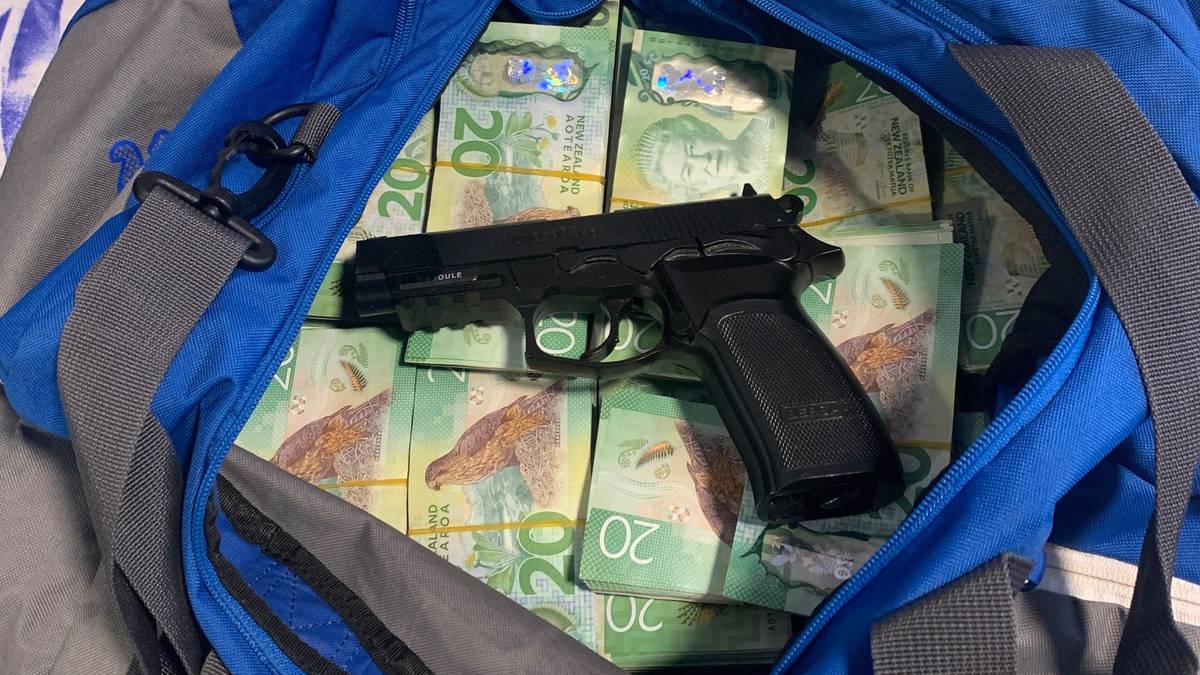 Police allege that a group of baggage handlers at Auckland Airport were involved in the smuggling, or conspiracy to smuggle, nearly 500 kilograms of methamphetamine into New Zealand this year alone.

More than a dozen people are due in court today after a joint police and customs operation called Operation Selena, which investigated drug trafficking at the international airport.

It started after suspicious activity was detected by baggage handlers at Auckland Airport, police said.

Twenty properties across the city were raided this morning, with police finding more than $ 500,000, along with a handgun and an air pistol.

Twelve men and two women are jointly accused of importing hundreds of kilograms of methamphetamine into New Zealand from Malaysia and the United States between January and November.

Among those charged are two members of the King Cobras gang, who police say were among eight associates of the six baggage handlers.

“The amount of methamphetamine that this group of offenders smuggled or conspired to smuggle into New Zealand through their brazen actions at the airport was enormous and continues to have a devastating and immeasurable impact on the community,” said Detective Inspector Paul Newman of the National Organized Crime Unit.

“This investigation has shown us yet again that organized crime is resilient, resourceful, and seeks ways to corrupt systems and people at the border.

“Today’s arrests will close that door and send a message to those who want to work with these criminals – it’s just not worth it.”

The group faces a range of charges, including participation in an organized criminal group, importation and conspiracy to import, and supply and possession of Class A drugs.

The defendants are between the ages of 18 and 43 and lived in various properties in Auckland, including Whitford, New Lynn, Lynfield, Māngere, Manurewa and Mt Wellington.

“Their motivation is purely for profit, and criminal groups will exploit the people working in the supply chain and hijack it for their own financial gain,” said Bruce Berry, director of customs.

A number of people belonging to the suspected organized criminal group were charged with importing, possessing and supplying at least 118 kg of methamphetamine from Malaysia on July 31 and 113 kg on June 9.

The group was also allegedly implicated in the failed attempt to smuggle 200kg of methamphetamine to New Zealand which was intercepted at the Malaysian border last month.

“Four people were arrested in Malaysia in the days that followed,” police said.

“The investigation revealed that Auckland Airport baggage handlers were preparing to receive the cargo from Kuala Lumpur before it was intercepted by Malaysian authorities.

“The ongoing investigation also revealed that baggage handlers have reportedly received over 250 kg of methamphetamine smuggled into New Zealand in the past 10 months.”

A man is also accused of selling “at least 100 pounds” of cannabis between December 2020 and this month.

Others are accused of holding cash for the purpose of laundering money.

A 31-year-old man allegedly participated in a $ 25,000 money laundering operation.

Some charges carry a maximum sentence of life imprisonment.

The group is scheduled to appear in Auckland District Court today.

Investigations are ongoing and police said they could not rule out further arrests.

Nine people appeared in court on Saturday after a joint police and customs operation in Northland.

He discovered more than $ 8 million in drugs, including 17 kg of methamphetamine.