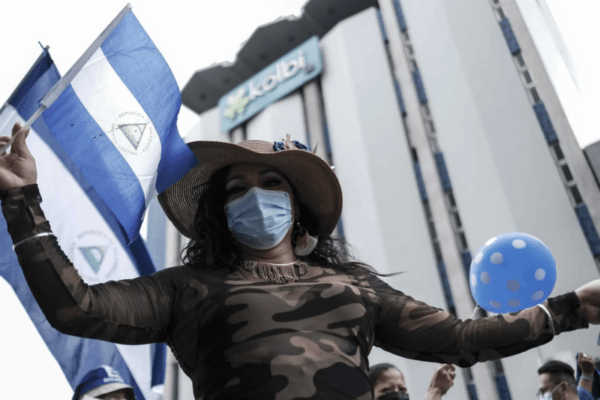 Nicaragua on the international agenda after electoral fraud

HAVANA TIMES – “We must remove the dictatorship of Ortega-Murillo from power,” said a Costa Rican lawmaker on November 8, the day after the electoral farce led by the regime of Daniel Ortega and Rosario Murillo, thus espousing the sentiment of the majority. of the Nicaraguan people and charting the course for the democratic nations of the continent to follow.

The call by thirteen Costa Rican lawmakers to repudiate an electoral process that failed to meet minimum standards for free, fair and transparent elections, urged other Latin American nations to raise their voices for immediate release political prisoners. Likewise, he demanded that the struggle for democracy be taken up by the whole region and by multilateral organizations.

This action of solidarity with the Nicaraguan people, with “a sister nation”, as the Costa Rican legislators have said, confirms and consolidates the coordinated action of the international community. Karine Nino Gutierrez (Costa Rica) had previously joined 16 other leaders of the foreign relations committees of the legislature of their respective countries – including Bob Menendez (United States) and David McAllister (of the European Parliament) -, to reject the “fraudulent” remarks. and shameful ”elections of Ortega and Murillo, conducted“ with cruel violations of democratic standards ”.

A large coalition of countries

While Ortega and Murillo arbitrarily arrested and tortured more than 40 opposition leaders from various sectors (peasants, students, journalists, businessmen, civic leaders and seven presidential candidates), several democratic nations organized themselves into “one. broad coalition of countries “to counter” “The consolidation of the dictatorship.

The rapid and decisive response of the international community, as well as the rebellion and resistance of the Nicaraguan people, by abstaining (an estimated 81.5% of voters did not go to the polls), shook the dictatorship and the ‘stumbled, which must be intelligently exploited by the opposition.

The expectations of the Ortega-Murillo regime have been shattered like crystal glass. They had anticipated a backlash in the first days after the election, but believed it would quickly go away and benefit from what some analysts called a two-year grace period, which would allow them to ensure 5 additional years in power. Now the next 100 days become crucial in weakening them and laying the groundwork to end their tyranny.

President Joe Biden’s unexpected statement, minutes after the polls closed on November 7, is clear evidence of the retreat of authoritarianism and the consolidation of Ortega’s dictatorship. Most analysts were waiting for a tweet or statement from Brian A. Nichols, Assistant Secretary for Western Hemisphere Affairs. , or Anthony Blinken himself.

But the US position describing the election as “a pantomime,” which was neither free nor fair, let alone democratic, came from Joe Biden’s office and was released by the White House. Now you rule like autocrats, Biden told them, no different from Somoza. He diplomatically urges them to rectify the situation but reaffirms his will to support the Nicaraguan people and the leaders will be held accountable for their abuses.

With bipartisan support from Congress, Biden signed the Renacer Act and will use it in coordination with the European Union and other countries that will join in the application, in this new phase, of more severe and selective sanctions. Biden also openly mentioned the Inter-American Democratic Charter.

As regards the latter, there is also coordination at the regional level. The OAS must give its opinion on the illegitimacy of the elections, said Costa Rican MPs, joining the call “Let’s Ortega consolidate his dictatorship” launched by four former Latin American presidents and International IDEA.

Application of Article 21 of the Democratic Charter

Among the measures to be followed, proposed by the said document, is the continued isolation of the regime, in particular the suspension of Nicaragua from the OAS by applying Article 21 of the Inter-American Democratic Charter. The OAS General Assembly, its 51st ordinary session, began on Wednesday November 10 and ends on Friday November 12. This session will be the litmus test of what OAS member countries can do to remove an authoritarian leader, who has no mandate to govern.

The nine Latin American countries (Costa Rica, Chile, Panama, Uruguay, Peru, Ecuador, Dominican Republic, Paraguay and to some extent Guatemala) which have so far spoken out against the “mock elections” which have held in Nicaragua, must join Canada and the United States in adopting a resolution categorically qualifying the elections in Nicaragua as illegitimate and convening a special session of the General Assembly to consider applying article 21 to Nicaragua.

Finally, the shift that we expected from democratic countries in the international community has already taken place. Now we must focus on the fight for the release of political prisoners and achieve a minimum consensus of unity in action to strengthen the fight against the dictatorship.

“Today is a sad day for the Central American region and great pain for Nicaragua,” Costa Rican congresswoman Carolina Hidalgo said on November 8. And she added that “Nicaragua receives one more blow and it is confirmed that there is no democracy.”

Even in this sadness and hard blow, the Nicaraguan people have once again shown resilience, bravery and determination to push the Ortega dictatorship from power. This majority knows that it has the support of large sectors of the international community who will fight, alongside them, so that sovereignty resides where it should be: in the people and not in the hands of two despots.