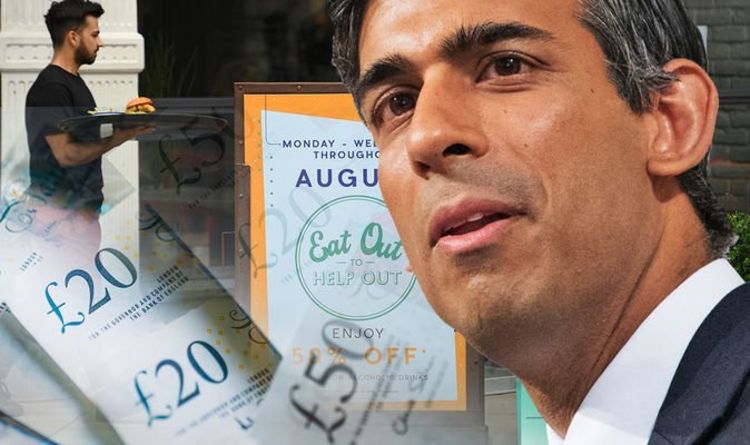 And a legal expert has warned crooks they can expect a knock on the door as the government seeks to recover as much money as possible. The figures, released by the HMRC on Thursday, further reveal that criminal gangs have embezzled nearly £ 350million with a wide range of scams targeting the leave scheme, self-employment income support scheme and even eating to help.

In total, the government recorded a 4.4% drop in tax revenue in the last fiscal year due to the pandemic.

In total, just over £ 4.967bn has been lost to fraudsters, including £ 4.4bn through Rishi Sunak’s much-vaunted leave scheme, also known as the job retention scheme. of the coronavirus.

A further £ 492.5million was stolen through the freelance employment scheme and a further £ 58.5million through Eat Out To Help Out.

“While they are clearly needed to support the economy during the pandemic and a vital lifeline for many, they have also proven too easy for criminals to exploit. “

READ MORE: Rishi Sunak – Businesses must step up to help save the planet

“Thanks to our action, the economy is growing, there are more employees on the payroll than ever before and unemployment has fallen for eight consecutive months.”

They added: ‘We have made it clear that fraud is unacceptable and are taking action against those who abuse the system – with 150,000 ineligible claims blocked, £ 500million recovered last year and the Protection Task Force HRMC taxpayers are expected to recover an additional £ 1bn of taxpayer money. . “

When companies are found to have abused the system and made a fraudulent claim, HMT will use a full range of powers, including criminal prosecution, to bring the fraudsters to justice.

The National Audit Office said HMRC now needs to take more action on tax evasion and compliance as the pandemic pressure on the office eased slightly.

Gareth Davies, Comptroller and Auditor General of the NAO, said: “The COVID-19 pandemic has dramatically reduced tax revenue and made it more difficult for HMRC to take enforcement action.

“Now that the initial impact of the pandemic has abated, normal levels of tax compliance should be restored.

The HMRC also estimated that income tax and national insurance contributions owed under the COVID-19 scheme support the payments it made during the year contributed to more than £ 10 billion. sterling tax.