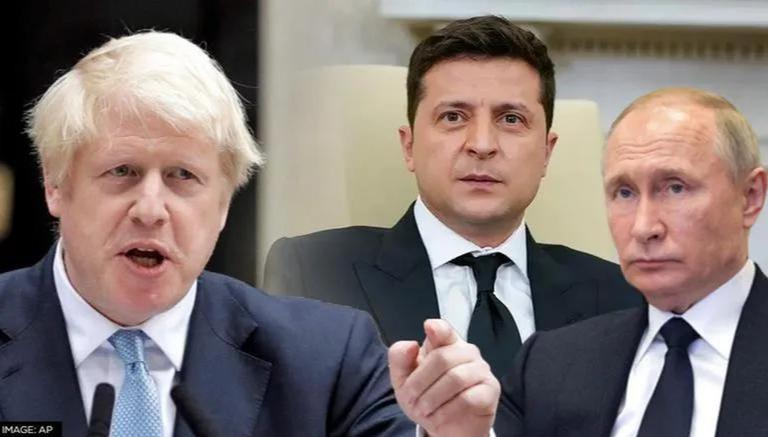 After Ukrainian prosecutors said they found around 410 bodies in towns near kyiv, British Prime Minister Boris Johnson accused Russian President Vladimir Putin’s forces of war crimes. According to the Daily Mail, two mass graves were discovered in Bucha, one of 30 towns and suburbs “liberated” by Ukrainian forces. Uncovering more atrocities of the Russian-Ukrainian war as the conflict entered its 40th day, it was also reported that bodies of civilians with gunshot wounds to the back of the head and hands were seen on the streets from Bucha, north of kyiv.

According to the report, survivors of the Russian military aggression told how summary executions, sexual violence and terror took place in the city in a way not seen since the Soviet reign of Joseph Stalin in the 1930s. The town was dubbed “New Srebrenica” in reference to the massacre of 8,000 Muslims in 1995 during the Bosnian war, the report said. Meanwhile, Ukrainian President Volodymyr Zelenksyy and Kyiv Mayor Vitali Klitschko have accused Russia of “genocide”.

Condemning the actions of Russian forces in Bucha, British Prime Minister Boris Johnson said Putin’s forces are committing “war crimes” in Ukraine by carrying out “despicable attacks on innocent civilians”. Britain, France and Germany and even the NATO Secretary General on Sunday called for an international investigation into alleged “war crimes” against Russia. Estonian Prime Minister Kaja Kallas even said, “This is not a battlefield, this is a crime scene” referring to the gruesome images that have emerged from Bucha.

British Prime Minister Johnson said: “Russia’s despicable attacks on innocent civilians in Irpin and Bucha are further proof that Putin and his army are committing war crimes in Ukraine.

“No denial or disinformation from the Kremlin can hide what we all know to be the truth – Putin is desperate, his invasion is failing and Ukraine’s resolve has never been stronger,” he also said while promising that he would do “everything in my power”. power to starve Putin’s war machine. We are strengthening our sanctions and our military support, as well as our humanitarian support program to help those in need on the ground. »

The UK has been at the forefront of supporting @IntlCrimCourtthe investigation of the atrocities committed in Ukraine, and @DominiqueRaab authorized additional financial support and the deployment of specialist investigators – we will not rest until justice is served. 4/4

“Mothers of men in Russian troops should see this”

Following the appearance of photos showing corpses of civilians on Bucham Road, Ukrainian President Volodymyr Zelensklyy said on Sunday that the mothers of Russian army soldiers should see the images and think about the “b***** ds” that they raised. “Murderers, looters, butchers,” he said, describing the forces.