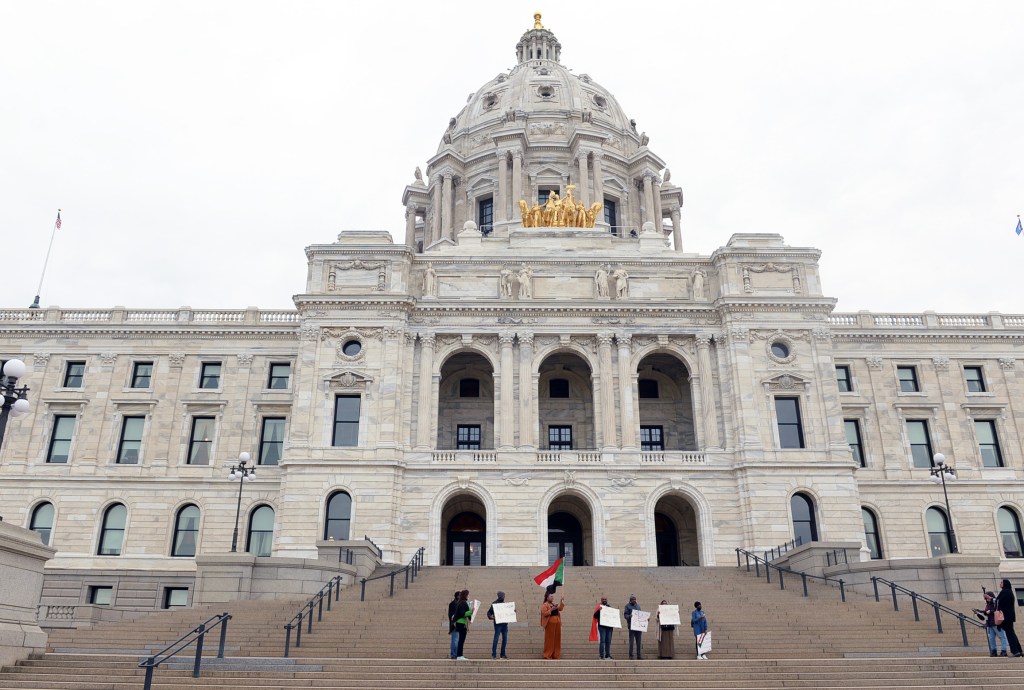 The government is not a company that we have hired to provide services, it is us. – Twin towns

Each legislative season involving a projected state budget surplus sends a wave of varying opinions about what to do with “inflated” reserves. Broadly speaking, there are two main opinions, give it back to taxpayers, or keep it for government use. This being an opinion letter, here is my opinion, so if you want to bail out now, here is your chance.

The idea put forward by the Liberals and Conservatives that government is a separate entity from the people of this state and this nation for that matter is ludicrous and dangerous. The government is not a company that we have hired to provide services, it is us.

And, how is a major tax refund different from the government “handouts” that many of us complain about? To avoid that, I guess we would have to go back and figure out how much each citizen paid to make sure they don’t get reimbursed a dime more than what they paid. How far are we going? Do we repay last year? Last five years? What if someone doesn’t start paying taxes until this year?

Look, I understand, there are elected officials that I’m not a fan of, and there are indeed issues with our government that need to be strengthened, but this is the best system we have right now. So maybe rather than going through all this mess for a little individual government gift, we instead use this money that we collectively threw in the pot to improve the collective good.

Come to a caucus meeting or a committee hearing and we can all discuss it. After all, that guy who said, “A government of the people, by the people, for the people,” his portrait hangs above where we are having these discussions. He had to be on to something. We should listen to him.

Why doesn’t Biden move to unite the country?

Watching the Biden administration attempt to compare 911 and Pearl Harbor to the January 6 riots in the capital has been so divisive at a time when we must work together on the serious issues and challenges facing millions of Americans today. ‘hui.

I fully support an investigation and prosecution of those responsible, but I also wonder why the security of the capital was far from adequate given the size of the crowd.

I believe most Americans are righteous and want President Biden to succeed for the good of the country, but he continues to deviate from his own failures like Afghanistan and his promise to end Covid by constantly blaming the administration of President Trump.

A good president does not forget the past but does not dwell on it either and is committed to truly uniting the country. I have lost all confidence that President Biden is capable of doing this.

Want to unite the country?

Never before in my memory has a President of the United States attacked a former President a year after the election with such vitriol that I heard on January 6, 2022. “He’s not just a former president: he is a defeated former president. ” Gone are the vestiges of the will to unite our country.

President Biden repeats the meme of seeking to unite our polarized country and proclaims the truth as if he is the sole holder of the truth. He ignores polls, such as the NPR poll, which show that only 32% of Americans believe the attack was a planned insurgency, while 28% believe it was a protest or riot turned uncontrollable, and 17% that it was conducted. by opponents of Trump (Antifa and government agents). While a majority disagree with Biden’s assessment, he speaks as if he does, and he wants us to think that he unites the majority behind his interpretation of the insurgency. Should we believe that he is telling the truth when his vitriol reveals that he is lying to us about the search for unity?

Likewise, Biden ignores the majority of Americans (70%) who support some form of voter ID, but he seems to think the majority of Americans support eliminating voter ID. Biparty commissions have proposed voter identification to prevent voter fraud, as voter registers contain ineligible, duplicate, fictitious and deceased voters, and they are easily exploited by using postal ballots to commit fraud . Why would no one want to ensure the integrity of the election and prevent the events of January 6, 2021? Let’s make every legitimate vote count by eliminating potential fraud and restoring confidence in our electoral process.

Respect the origin of the name of our state

I am distracted and irritated by the abbreviation of Minnesota as “Sota”.

The other day I saw a display of shirts bearing the inscription “Sota” with an illustration of the state. I have never heard anyone refer to the state as “Sota” other than the creator of this shirt and a reporter from one of the state’s news outlets.

The heart of the matter is that these two have chosen to discredit the meaning and origin of our state’s name. On July 2, 2020, journalist John Harrington wrote an article published in USA Today titled “How Every State Got Its Name: Half Of Them Of Native American Descent.” Regarding Minnesota, he wrote: “The name ‘Minnesota’ comes from the Dakota Sioux word ‘Mnisota’, the Native American name for the Minnesota River, which means ‘cloudy water’ or ‘water tinged with the sky.’

How is it that in January 2022, omitting part of the name is “smart”? Where is the inclusiveness, the recognition and the respect in the boutique department of this store? As a Gen X student, I was taught, and thus learned, that Columbus sailed to the blue of the ocean and made life better for everyone, paving the way for America. . This is embarrassing and incorrect information. Unlearning and relearning is a laudable process and 2020 has been crucial. It’s time to turn around so that “Sota” is not visible.

On the one hand, it’s just a shirt. On the other hand, this is what is taught and therefore learned.