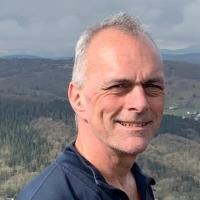 The UK government recently announced that Deloitte has been awarded a new £9m contract, after winning a £4.8m contract, for work on One Login, which has largely slipped under the radar. One Login aims to provide a single identity to users of all online government services and this type of digital identity system is badly needed.

Currently around half of the 370 different services on gov.uk have their own login systems and the government’s previous £175m attempt to unify logins, Verify, saw development halted in 2021, eight years after its launch. HMRC recently scrapped Verify, forcing many people back to archaic paper-based tax returns.

Delivery of One Login is late; a minimum viable product version of the One Login system was to be released for testing by the end of March, which did not happen. Apparently, this delay is to ensure that the system is up to date.

The government needs to be more creative than simply outsourcing these projects to big consulting firms and paying exorbitant fees in the process. In my opinion, it should take advantage of the UK fintech sector, recognized as one of the most innovative communities in the world, but largely ignored by the government.

Unlike large consulting monoliths with thousands of employees spanning a myriad of industries, fintechs are small, nimble and focused on specific issues and would bite the government’s hand at the chance to work with them.

Many are building or have built the identity verification capabilities the government is trying to create with One Login and therefore have the expertise and technology in place. Relying on tech-savvy experts in smaller, nimble companies would not only improve the delivery of digital services, but also save taxpayers millions of pounds.