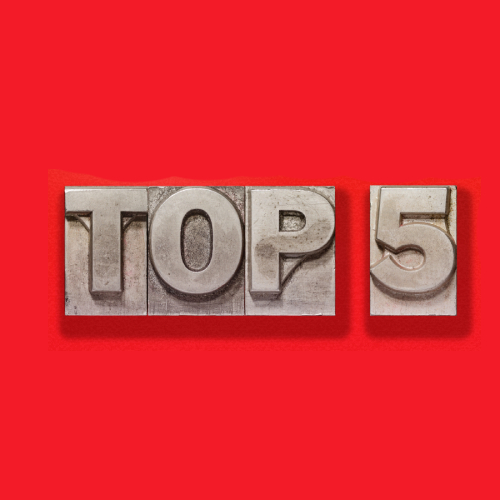 Here’s our pick of five of the top stories from the world of finance and tech this week.

The US Consumer Financial Protection Bureau (CFPB) said it was invoking a largely unused legal provision to tighten oversight of non-bank financial institutions.

Using this “sleeping authority” as part of the regulator’s non-bank supervision program, according to CFPB director Rohit Chopra, will allow it to level the playing field between banks and non-banks and protect consumers.

“This authority gives us critical agility to act as quickly as the market, allowing us to conduct reviews of financial companies posing risks to consumers and stop damage before it spreads,” adds Chopra.

The company will use the new funds to continue its growth and also plans to “build a war chest for acquisitions.”

“We are looking at a number of potential targets,” a spokesperson said.

Robinhood announces layoffs and cuts 9% of its full-time workforce

Stock trading app Robinhood is to cut 9% of its full-time workforce as the company adjusts to the post-pandemic-era economic environment and aims to continue its mission of “democratizing the world”. finance”.

Robinhood CEO Vlad Tenev announced the shift to employees during a company-wide meeting, citing duplicate job roles and functions and “more layers and complexity than what is optimal” after a period of “hyper growth”.

The company has seen “rapid workforce growth” as it navigates a pandemic-era boom accelerated by lockdowns, historic low interest rates and fiscal stimulus.

To keep up with this growth, the company’s workforce has grown from 700 to nearly 3,800.

“After carefully considering all of these factors, we determined that reducing Robinhood’s staff was the right decision to improve efficiency, increase our speed and ensure that we meet the changing needs of our customers,” says Tenev.

A review by the UK’s Financial Conduct Authority (FCA) found that some challenger banks in the country need to improve the way they assess financial crime risk.

The regulator conducted the 2021 review, finding that some challenger banks did not have financial crime risk assessments in place for their customers.

The review also identified a growing number of reports of suspicious activity reported by challengers, which the regulator says raises questions about the adequacy of controls when onboarding new customers.

MoneyGram dismissed the lawsuit as “baseless”

The lawsuit alleges that MoneyGram – one of the largest remittance providers in the United States (and being acquired by private equity firm Madison Dearborn Partners) – failed to promptly deliver funds to recipients abroad, “leaving families dry”, a claim the company dismissed as “without merit”.

The CFPB says a “significant portion” of the company’s money transfer transactions are initiated by immigrants or refugees in the United States who send money to their home country.

It’s these immigrant communities that MoneyGram has “let down,” says NYAG Letitia James. “Companies have an obligation to be transparent with consumers, to treat them fairly and to obey the law, but MoneyGram has repeatedly failed to do so,” adds James.

Dallas-based MoneyGram has responded to “baseless allegations” made by the CFPB, saying it is an industry leader in compliance and consumer protection and is “fully prepared to to defend oneself vigorously”.